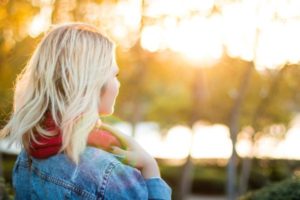 Would you be surprised to hear that the female Global Head of Human Resources for a 30 billion dollar company is biased against women leaders? Seriously? She is!

She was surprised to realize it too. Kristen Pressner admitted this during her 2016 Ted Talk, “Are You Biased? I Am.” If you haven’t seen it, you can watch it here.

She reached out to me online which led to several offline conversations. I asked about her revelations and she explained, “Eighteen years of being the sole provider isn’t enough to overcome the cumulative effect of everything I’ve been exposed to throughout my life.”

We are all biased; whether intentionally, through societal norms, or unconsciously.  Most people don’t feel good about the fact that. Bias affects decisions, interactions, and even self-image. Kristen developed a way to check yourself called Flip It To Test It ™.

You simply flip the aspect that may generate bias to see if it changes your perception. From man to woman, young to old, one race or ethnicity to another. The goal is to move from the unconscious to conscious decision making.

She shared a story about it in action:

Her colleague had an upcoming interview with a great candidate he assumed was male (the name was gender neutral). He loved this candidate on paper, and wanted to hire the candidate before the interview even started. When a woman walked in instead, he sat there thinking of all the reasons it wouldn’t work. And then it hit him: he had an unconscious bias. If this was a man,he wouldn’t have been thinking any of it. Thankfully, he caught himself and was able to correct it. He was able to catch it by flipping it.

The next time you catch yourself thinking someone wouldn’t be a good fit for something simply because of their gender, race, age, etc. – Flip It to Test It. Ask yourself – if this person was a male/female, etc., would I still feel the same way?

While none of us like to admit that we have biases, ignoring them isn’t going to change the effect they have in our lives; Instead recognize them, deal with them, and make conscious decisions based on who you want to be.