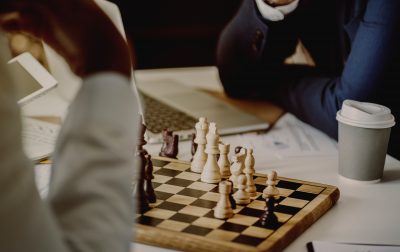 The Convention Connection videos I have been posting (more to come) were all filmed during the NSA conference in Dallas this past July.

The day after, I stuck around and took my kids to the 6th floor museum to learn about the assassination of JFK and other great leaders of the time, including MLK.

Our final stop was to the George W. Bush Presidential Library. My kids love history, and I had heard it had many interactive experiences.

The exhibit that hit me the most was one that detailed the minute-by-minute happenings on 9/11 and the days following.

There was a photo of President Bush that was taken the very moment that he heard the news, while reading to children at a local school. The look in his eyes is what stays with me. I held back tears as I found the names of the people I knew on the wall of names.

We spent the most time at the interactive decision-making experience. In the experience, players receive information and advice, as the president did at the time, and choose a course of action. Basically, you are putting yourself in the president’s shoes.

I found it to be challenging.  My boys loved it and went through every scenario, often making the same choice the president did. The thing is, decisions aren’t easy and are often unclear. There is rarely an obvious choice.

We are constantly having to make decisions — though, hopefully none as critical as those a president faces. When you are in the moment, trust that you will make the best decision you can, given the information you have. Consider the facts and the feeling, and seek information to the contrary to give you alternate perspectives.

In the end, trust your gut and trust in the intentions that most people have to do good in the world.