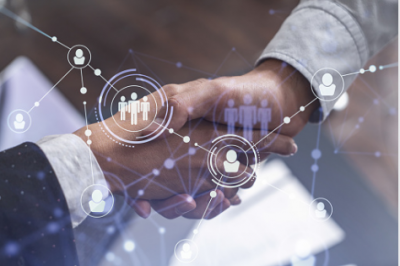 I am asked this question often, but the first time was by my brother-in-law when I was writing The Connector’s Advantage. He waltzed into my office saying, “Writing another networking book?” stated half as a question but more as a statement.

My immediate reaction was to correct his mistake, that this was a book about Connectors. He then genuinely asked, “What’s the difference?” And I, mouth agape, stared at him and responded, “that is a good question.”

I knew there was a distinction but until that moment, hadn’t been asked to explain it. After a few moments of thought I responded with what is now the final words of my book:

“Networking is something to do, a Connector is who you are.”

A Connector is someone who prioritizes relationships in everything they do. Networking is an activity that can lead to connections. A Connector is a way of being, thinking, and acting – not a singular activity.

But I get the question. To be honest, I had a different view before I undertook the research that shifted my view and inevitably, the book.

The book was originally titled, “The Connector’s Club.” I thought people were born with certain Connector qualities and that they were part of an elite club. As it turns out, anyone can join. Anyone can be a Connector.

That realization has been the drive that inspires me daily. The idea of connection is even more critical today than even a few years ago. Post pandemic we are more physically isolated than we were before. For over two years we only allowed in those closest to us. Often resulting in connecting with similar and like-minded people.

It may sound counterintuitive, but connecting and networking are two very different things. Networking is something you do; a Connector is who you are.

If you are looking for more tips on how to become a better connector, check out The Connector’s Advantage. You have everything it takes to be a connector. Don’t let networking keep you from connecting.