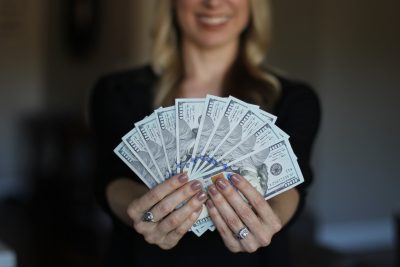 I will never forget how I felt when I found out I was making significantly less than my male counterpart. I had been in the role longer and my performance reviews were far better. Yet I was making about 15% less. I had already given notice and was going to business school so there was nothing to be done. At least that is how I felt at the time.

It still irks me and I am sure there are many of you who are in that same situation. This came up again when I was recently asked about a situation in which a woman was getting paid less than her male counterpart. They had the same title and responsibilities, but this woman had been in the role longer. She had also outperformed her male peer in every metric.

The easiest way to increase your salary is often to leave the company, but she did not want to change jobs. So what is she to do?

The situation felt so familiar and I empathized. One important point that is known but worth stating is that all of the emotions we experience in a situation like this are real and valid. Often a useful first step is to seek a good friend who will listen so you can process those feelings. Then you’ve got to move on to step 2, and that’s what I’m here to help with.

My advice for us is simple. We must stand up for ourselves and communicate our worth. However, we must do so in a way that doesn’t compromise our connections or send the wrong message. How do we do this?

Here are a few simple ideas to consider when navigating this conversation:

As a woman, you are entitled to fair and equal pay. This may require you to ask for it, but you are equipped to do so. Proceed confidently in who you are as an asset to the company, and assert your worth today!