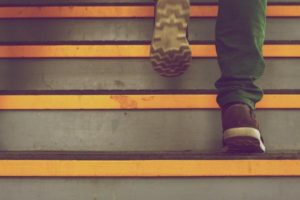 I want to talk to you about failure.

I have been asked countless times on podcasts and interviews about my biggest failure. Until recently, I had been adept at not answering the question.

Don’t get me wrong, I believe in failure. Failure means you tried  at something. Back in my finance days when we looked at a potential venture capital investment, I felt more comfortable with a potential management team that had tried before, especially when they failed.

We learn from failure and increase our likelihood of success the next time. As Yoda says, “ The greatest teacher failure is.”

As for me, I never answered the question. I have always avoided talking in terms of failure. Things certainly could have gone better at times. There were definitely some missteps along the way. But in my mind, they were just  stepping stones — experiences that I learned from. I never thought of them as failures, though they may have been.

I have always been sensitive to wording and framing so why would I want to say a word that carries so much judgement? Perhaps it doesn’t matter what you call it; only how you handle it.

None of us want to hope for failure, but if it does happen, how are you going to learn and grow from it?

I was a guest on the podcast Success Through Failure and I finally answered the question. Want to know what I view as failure? You can listen to the  full recording here.

Just remember this… failure is a step along the road to results. Not all results are what we expect, but one bad outcome shouldn’t be the end of the road.