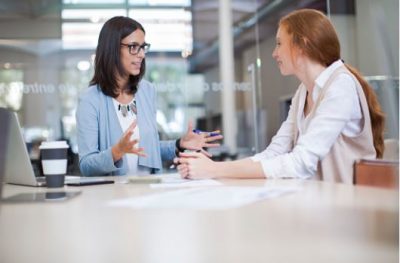 I LOVE coaching. I didn’t always. My control-freak self found it frustrating that I couldn’t create success for my clients, they had to engage, commit and do the work. So my success was no longer in my hands. So I became more selective about who I was willing to work with. Which was fine because I thought I could have a greater impact in the one-to-many setting, so I only took on a few clients a year. But Covid cancelled big events for the last two years, and coaching has boomed!

I am so inspired by my clients and find such joy in their successes. They also push me to create new models that work for their particular situations. But some of those constructs can help anyone, and that is when I share with all of you.

We all know miscommunication and conflict happen in every relationship. My client was certainly not immune. Relational misunderstandings–whether it’s with an employer, coworker, friend of a family member–can create a huge barrier and erode your effectiveness. So what do you do?

I came up with this approach while working with a client who felt misunderstood and hurt by a coworker. Truth be told, he learned later, she felt the same way. This model, Acknowledge * Add * Commit * Invite, moved them forward and created a new dynamic:

These steps may seem simple, but what I find powerful about this approach is that it allows for you and the other party to take responsibility without taking the blame, and it ensures neither person feels alone in repairing the relationship.

As a final note, it is also important to remember that we cannot control anybody’s actions except our own. Sometimes, a person we are in a relationship with might fail to really make the changes they committed to. Stay committed to your actions and you can feel good about your part, your effort, and yourself! We can never control somebody else, we can only invite them to be more effective with us.