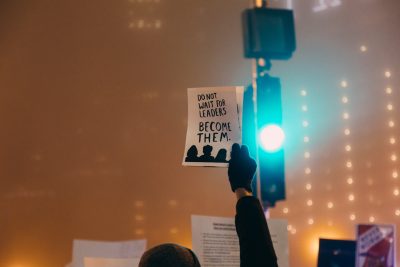 I originally wrote this mid-May in the heat of the Pandemic and before the murder of George Floyd. Though in the past, I have always tried to remain non-political – I don’t think this issue is political. This is a human issue.

This is also about connection. I am heartened by some of the images of connection that have been shared. When one person connects with another person. Listens. Seeks to understand. Parks their assumptions. Stays open. Connection happens and minds shift.

I have been in many conversations with many groups about what do we do to have an impact, to support, to influence change. I believe change starts with each individual. Change happens from person to person, parent to child, and change happens through leadership.

So I am sharing my original post below about a new book Leadership in Crisis because it still applies. It is just a different crisis.

A week feels like a month during this lockdown and I have lost all track of time. I had to go back to my emails to check when I was asked to write a submission for a book on Leadership. When I was first asked, I ignored the email. I thought it was sent to all the MG (Marshall Goldsmith) 100 coaches, which is now over 200 of us.  Let me explain…

When writing The Connector’s Advantage, I interviewed the two-time Thinkers50 #1 Leadership Thinker, Marshall Goldsmith.  How did I land that interview? You know the answer, connections! He was so generous with his time and exemplified many of the mindsets of a Connector. During the interview, he shared that he started a group of coaches to pass along his knowledge. He received close to 20,000 entries for 100 spots. Sadly, I was too late.

Roll forward, the book came out, Marshall wrote a testimonial for the cover, and they created a new round of 100 coaches through a nomination process. Being connected to other MG100 coaches, I was nominated and accepted into this crazy elite group of coaches, thought leaders, and business executives. A real-life example of the Connector’s Advantage in action!

Now back to the present day. When a mass email went out to this group asking for submissions, as a new member I assumed it wasn’t meant for me. So I was stunned when the CEO reached out personally to ask where my submission was. Honored, I said I would write something. They gave me less than a week! That was the beginning of April. The book is now out, seriously – they pulled it off that fast. (Actually, it has been out since mid-May, but I am just getting around to sharing it.)

I am so proud to be a part of the new book: Leadership in a Time of Crisis: The Way Forward in a Changed World. 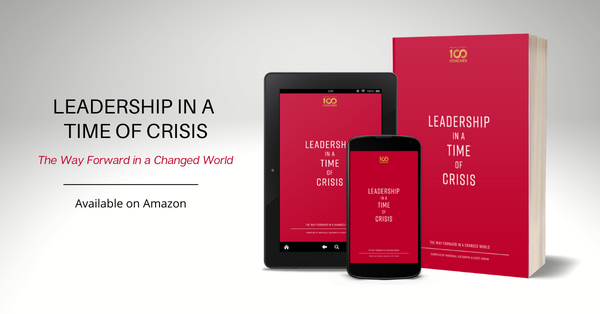 Leadership in a Time of Crisis offers a wide range of thought on the present COVID-19 pandemic from some of the world’s most effective consultants in all areas of employee and customer growth and engagement—considering the ramifications on people, on the healthcare system, on local, national and global economies, and on our businesses.

In early March 2020, as the present crisis was unfolding, member consultants of the not for profit organization Marshall Goldsmith 100 Coaches began meeting daily to discuss the developments and repercussions of current events. They heard from global leaders from around the world. This book reflects the one insight from each of the thirty-seven contributors that could most help leaders during this time of unprecedented crisis.

Each contributor believes that by supporting the growth and development of leaders in all areas, we can create more value in the companies we serve and better lives for the people with whom we work and the communities in which we live.

My one insight… Connect During Crisis.

Check out the book and get a peek into some amazing insights from a global group of leaders.