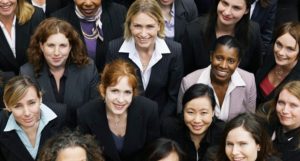 I have been busy writing The Connector’s Advantage and making progress. A “surprising yet not” thing happened to me and it epitomizes what I am explaining in the book… that connectors make things happen easier, faster and often better as a result of their relationships.

My book is now better as a result. Here’s what happened…

I was looking through my weekly notification of mentions on LinkedIn and saw that a colleague, Maria Ross had mentioned me. I followed the post to find an article by James Carbary, and it said:

I just had an incredible conversation with Barbara Giamanco, and we were talking about “list posts” that feature experts and thought leaders in different niches…

…I want more female leaders on my radar, so I’m dedicating this post to busting my bubble.

Barbara took this as a challenge, and decided to bring some women to his attention. She created a list of her own called Follow These #WomenInSales, which James then referred to in the LinkedIn post.

Barbara said she made the list because “Women in sales roles are often in the minority on conference stages, in podcast interviews, lists of people to follow and more.”

It was a long (over 300 strong) and wonderful list of driven, powerful #WomenInSales, and I was very excited to be included.

I of course reached out to both James and Barbara to connect. Now James is contributing to the book!

I know it sounds like things just happen, but they don’t. They happen by building and creating relationships. Sometimes making connections feels hard, but stick with it. Things may just start happening for you.