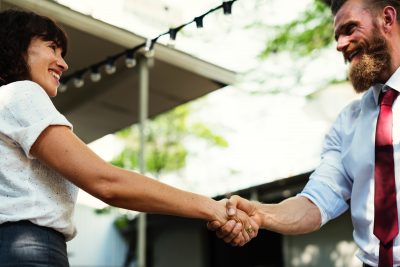 The bus was late this morning.  My two little boys (4 and 5 years old) waited patiently with me on the front stoop walking from the steps to the curb and peering down the street eager with anticipation to get to camp.  Still no bus.

I went in to check the time and realized the bus was over 15 minutes late, so I called my neighbor Abby, who is on the same bus.  An experienced mom at this camp, she wasn’t worried.  “This happens sometimes, they will call us if there is a problem,” she said.  And they did, while we were on the phone they called her and she relayed the message that the bus was late.

We pulled off the backpacks and settled back inside and waited.  After 36 minutes had passed I received a call from the camp with a vague explanation, but no solution and no ETA.  I politely suggested a few options but all were rejected.  Finally I asked if I should just drive them to camp.  She said “I don’t know, you could” with a question of uncertainly in her voice.

The boys were starting to get antsy and they answered my question with a resounding “YES – drive us!”  So I called two moms on the bus route to offer rides.  Lucy, a working mom with several kids on the bus was very upset and shared a different tale about what she thought was the cause of the bus delay.  She convinced me.

I called the camp back; my kids whining in the background as it was now 45 minutes past pick up time.  Although I was still polite, I made it clear that I felt it was unacceptable and that it could have been handled better. My frustration was clear as was the woman’s on the other end of the phone.

It was an hour and 3 minutes late, but the kids were off.  It took me a bit to let it go, but the day went on.  Later that day the camp sent an email of apology for the situation and gave each of the campers adventure ribbons and sweatshirts.

I thought about how I handled the situation and picked up the phone.  I waited so I could speak to the same person I had been frustrated with earlier.  I said, “I am sorry for making your morning any more difficult.  I appreciate that you made it right for the kids.”  I explained the story I had heard and that it plus the kids melting down had riled me up.  I added, “I own that and I just wanted to say thank you for dealing with it and all of us.”

She was understandably guarded when she first picked up.  I guess she thought I was going to give her more attitude or complain.  By then end, she realized my intent and thanked me for making the effort to call.

We won’t always manage our reactions but we can still recover from them.  We are so quick to make the complaint but how often do you take the extra time to compliment the waitress that gave good service or the sales person that was a pleasure to deal with.  Try it – see how it changes everyone’s mood.

3 thoughts on “Recovering From A Bad Reaction”