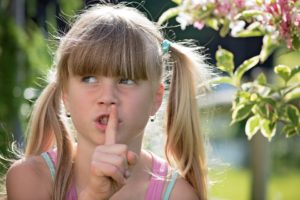 I recently spent twelve hours in Orlando Florida (while my husband and kids were lounging by the pool) coaching young professionals in their late 20s who are on the fast track at a major international company. Almost all of them came into my coaching room saying the biggest struggle they have is being concise. Most of us have trouble with this at some point. Why is it so hard to say what you want to say and shut up?

I think there are two main reasons:

1. Clarity: The most common reason for the explanation that doesn’t end is the uncertainty that we have been understood. And if we’re not sure we’re making our point, we keep talking until we think someone gets it. If you find yourself doing this, instead of explaining, try asking. After you’ve said your point, and before you keep going on and on, ask the person; “Was that clear? or Do you want me to elaborate?” If they say it wasn’t clear, then try again. If you realize in the middle of a sentence that you aren’t stately something clearly, I suggest stopping mid sentence and saying, “I have a clearer way to explain this. Or Let me start over.” I bet people would much prefer a do-over than trying to follow a confusing explanation.

2. Transitions: Another reason people have trouble being concise is that they’re trying to figure out how to get from one thought to the next. Transitioning while talking is a challenge – people end up using dead words and sounds such as “So” or “Um” just to fill a silence. To eliminate this, think ahead a bit and figure out how the next part of what you’re saying is related to the first part. One way to tackle this problem is to conclude one thought by introducing the next. For example, if you are explaining an audit procedure, a good transition might be “After we’ve tested the accuracy of the account, we can then look at the internal controls that are in place.

It’s important to note that you don’t always need a transition. Sometimes a pause works just as well. Resist the urge to keep talking, and stop. Don’t do what I call the “slow wind-up” – when you use a lot of useless language like”Well, you know, I’m of the opinion that…” or “On the other hand, I’ve come to the conclusion that…” or “The point I wish to make is …” Just say, “I think.”

Take a few minutes to reflect on your language. Are the words you’re choosing adding meaning or do they dull or even worse, confuse your message?