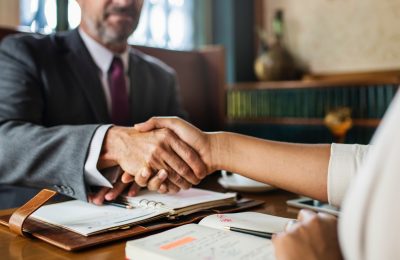 My second book, Heroes Get Hired, was recently released.  I’m very proud of this book. The military serves our country in many ways. This book allows me to be of service to the men and women who have served.

So, how did the idea for this book come about?  Good question. The answer illustrates something I talk about often – relationship networking. Let me explain.

Shortly after my first book came out, my sister ran into an old friend of hers at a restaurant.  Michael, my sister and I all went to grammar school together; they were a grade above me. As they were catching up, he mentioned he was the VP and General Manager of NBC Publishing.  “You should talk to Michelle,” my sister said. “She just wrote a book.”

Fast forward a few weeks, and there I was, sitting across the desk from Michael in NBC’s offices. I didn’t really know why I was there or what NBC was doing in the publishing arena. I considered the meeting more of a ‘catch up’ and possible brainstorming. I even brought pictures of Michael from sixth grade. In my favorite picture, he is wearing a yellow shirt tucked into gray sweatpants that were practically hiked up to his chest. In the picture he had his arm around five girls, including my sister – so I guess the sweatpants worked for him.

After we laughed over the pictures and reminisced, he pitched an idea using my book, The 11 Laws of Likability. After explaining that the first publisher had the rights, I instinctively replied, “Why don’t I just write you a new book?” As soon as the words came out of my mouth, I thought my husband is going to kill me!

I mentioned the idea of interviewing skills for niche audiences: new grads, retuning moms and veterans – that last  audience grabbed his attention. A few meetings later and without a lengthy book proposal, we had a contract in hand. The book was born out of a rekindled friendship – relationship networking at its best.

As I set out to research this topic, I came across some startling statistics. Did you know:

Do you want to help veterans? There are loads of organizations trying to do just that. If you are a veteran, let this book help you navigate the interview process – for FREE!  Go to http://www.heroesgethired.com/ and download your free copy today.