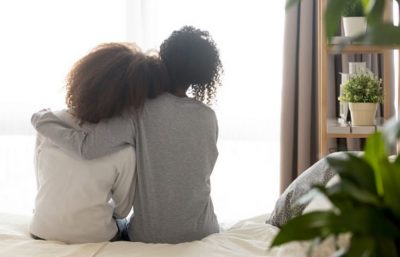 Last week was tough! We found out that my mother’s cancer has gone from being in remission in April to “blossoming throughout her entire body” as the doctor’s put it. As a result, we have made the decision to move her into an assisted living facility, which has given all of us comfort that she’s getting 24-hour care. But it was a rough week!

In the midst of it I was invited to an MG100 dinner, specifically because Marshall Goldsmith was in town. The worn-out part of me did not want to go, I wasn’t sure I had the energy to go and engage with the incredible people I knew would be there. But I went, if for no other reason than to snap out of it – and I’m so glad I did.

I’m so honored to be a part of this community and I felt that in a way I hadn’t felt before that night. Marshall facilitated a conversation that had everyone share out loud to the people at their table, everything from sharing our life story to giving the one word that represented what this community is for us – and I know you’ve already guessed my one word – CONNECTION.

At one point during the dinner, I shared how hard my day had been with more emotion coming through my voice than I had intended. And the comforting hand that someone put on my arm, as my voice broke, was everything and something I didn’t even know I needed. The evening was what I needed at that moment. A time of connecting with those around me through words AND literal human touch.

This community has already brought me so much, and now they’ve provided an opportunity that I never thought I would have. They have nominated me for not just one but TWO Distinguished Achievement Awards and the Global Ranking with Thinkers50, jokingly known as the “Oscars” of Management Thinking.

It would enhance my nomination to have others also putting my name forward. This is where you can help. If I have ever made you think or had an impact, would you kindly take 1 minute and complete the nomination form on my behalf? DEADLINE is August 1st!

I can’t tell you what this means to me. In times of hardship, acts of kindness seem to shine all the brighter. I’m humbled, I’m grateful, and I’m so thankful to be a part of your community.