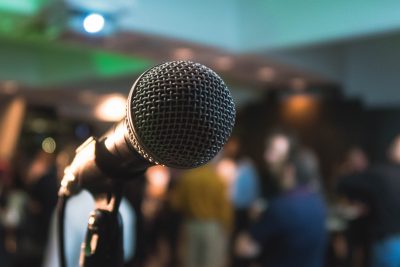 Years ago I was on my way to deliver a talk for the Columbia Women in Business Conference. It was a brand new talk I created for them. On the way in, I received a call that I would not have the ability to project slides. Taking a problem-solving approach, I brainstormed with them on ways we could make it happen including moving spaces, borrowing from the university, etc. Finally, they admitted they weren’t willing to pay the $1,000 rental fee to the university.

I have to admit, I was annoyed. Really annoyed! I was already doing the talk pro bono. I had hoped they would want to position me for success. I politely got off the phone with them and called a friend to vent. It felt good! As I sat on the bus riding to NYC I thought to myself, “When this event is over, how do I want to have handled it?”

In my mind, there were two likely options. 1. I could be thought of as a diva and difficult — someone who falls apart when things don’t go as planned. Or 2. I could be known as someone who was understanding, accommodating, able to thrive in adversity and still hit it out of the park.

I called the school back and told them that I understood and I would make the talk great. She was so relieved.

I will never forget that talk. I kicked it off by telling them this story and then telling them that I had decided to believe it would be the best talk I ever gave. I tied it right to the message of the talk about making a decision on how you want to be known. After all, the name of my talk was, You The Brand! There is more than a little irony there.

By the way, it was one of my best talks ever! I am still in touch with people from that audience nearly a decade later.

We are in one of those moments right now where you have to choose how you’re going to respond. I saw this graphic about how we could respond to the pandemic. I read every word and thought about where I am and where I want to be. I wanted to share it with you for some reflection and inspiration.

We’re all feeling the impact that COVID-19 has had on our day-to-day lives. A lot has changed. For example, I used to shower every day. But it turns out that my family and my dogs don’t care much about my hair. I used to work mostly without interruptions, but now I stop to make my kids lunch and my husband drops in for a quick conversation here and there.

A lot of the changes that are happening right now aren’t as lighthearted as these. People are struggling. Isolation is feeling heavy and kind of never-ending. But it’s times like this where it’s essential to maintain a positive outlook.