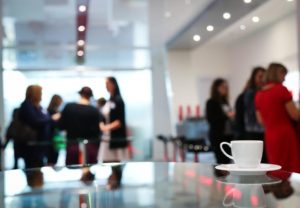 I’ve met many people who think networking is a chore – that it’s just something they have to do in order to be successful and make the “right” connections.   Other’s may find it easy, but sometimes find the interactions feel superficial.  Perhaps a change in mindset and approach can resolve both these dilemmas – a Relationship Networking approach.

This is networking your way, by being your authentic self in a situation and also by seeking situations in which you feel able to be the real you.  In other words, don’t force it, often trying too hard backfires.  People can always sense when you are putting on a front – it makes the connection harder to make.

My friend Brenda told me she loathed networking events but felt she must attend them to grow her business.  She said she was uncomfortable in a loud and gregarious group and had difficulty initiating conversation. She labeled herself an introvert and decided introverts were just not natural networkers.

Sadly, that is an all too common misperception.  I often say that introverts are actually more well suited for networking since they are far better listeners.

I suggested instead of emulating her extroverted colleagues that she follow her own rhythm. If she felt tired after being at an evening event for a few hours, she should chat with a few key people she wanted to, then head home.  If she didn’t feel like talking in a particular group, she should listen and then follow up with people after the event one on one, a social situation she found to be more comfortable.

She was a bit stunned but even more relieved to realize that it was ok not to always talk or to leave early.  She said, “no one ever told me that.”  I told her to not let herself completely off the hook.  It is important to stretch yourself and gain comfort with things that may not come naturally, but you don’t have to overdo it.  I said, “Just be yourself and you will find the connections will come easier – and last longer.”

So let’s try it out: If it’s in your comfort zone to reach out to me and tell me about your best authentic networking experience. Connect with me! Leave a comment here or on Facebook or Twitter.

1 thought on “Relationship Networking – Do It Your Way”